Philippe Coutinho got a new FIFA 21 card on Saturday, which is a flashback card to celebrate his inclusion in the FIFA Ultimate Team 20 Team of the Season so far . The new card is an offensive power. This is the way to unlock it for yourself through Squad Building Challenges.

His new flashback card is very beautiful, you can use 92 OVR-with 97 dribble and 5-star skill moves, if you have any other Barcelona or Brazil players can play with him, he will be a monster. Before entering the requirements, let's take a look at the complete statistics.

Flashback SBC Coutinho also gained 98 acceleration, 98 long shots, 99 curves and 96 FK accuracy, as well as 90 and 80 attributes for several other attributes. The powerful 92 OVR version for him is definitely a strong aspect of FIFA 21 Ultimate Team. 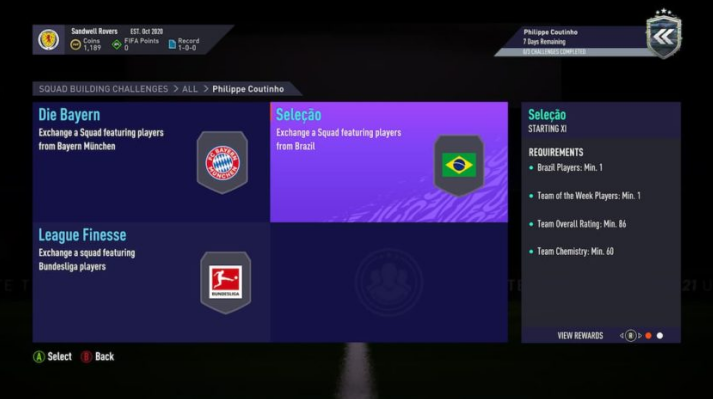 To unlock the card, you need to complete the following SBCs:

● Number of players from Bundesliga: Minimum 1